To the Bay & beyond

Last week, we took advantage of a 3-day weekend & hit up Mickey’s Halloween Party. I was super excited to see the new overlays in Cars Land, & they did not disappoint. There were so many little details spread throughout, it was hard to capture them all. A must see for any Disney lover, the Cars Land reboot helped divert the crowds during Mickey’s Halloween party, leaving us a very uncrowded Disneyland. We didn’t wait more than 20 minutes for any attraction, a #blessing on a Friday night.

We got lucky & caught Mickey in his Halloween attire as he was walking out. The character lines were kinda insane this year, which is why we only have one =]. I do love seeing the villains out, like Hades, Ratcliffe, & Gaston. If you love character photos more than us, I’d recommend heading over the Toon Town for the pre-party. Most classic characters are there with an hour before the party starts. The lines get super long, so prioritize meet & greets over candy. By the end of the night, candy stations are ghost towns & they are shoveling you sweet treats.

Ah, the Frightfully Fun parade. I had read before going that there were some hiccups, specifically pertaining to the Headless Horseman & the Jack & Sally float. The horse was actually super well-behaved when we saw him. The perfect spooky start to the parade. The downfall? The parade didn’t start until 30 minutes after his appearance. 30. Minutes. After already waiting an hour to grab a main street spot, the parade was off to a late start. The setback became clear as the last float boasting all the villains arrived, being towed by an unmarked non-parade ready maintenance vehicle. We assumed that closer to the start by Small World, the float broke down. Overall, the performers did an incredible job, and made the wait worthwhile. It was my first time seeing the parade, & loved the darker tone and vibe. 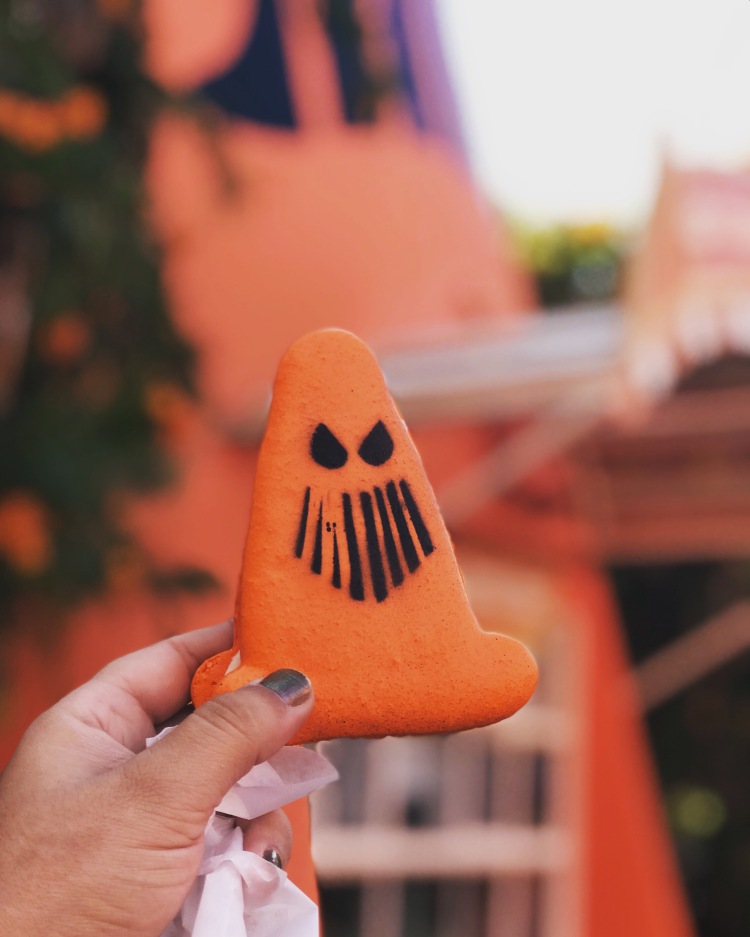 GIVE ME ALL THE HALLOWEEN TREATS. I already knew that I had to try the Spoke-y Cone Macaron & Slow Burnin’ Mac & Cheese Cone. While I’m a sucker for macarons, I’m not a huge fan of candy corn. First, this thing is huge. At least double or triple the serving of a normal macaron. It has a marshmallow buttercream filling that simply delightful. I ended up taking a lot of the candy corns out, but still enjoying the treat. The Mac & Cheese Cone was definitely Instagram worthy. Was there crumbled up hot Cheetos on top? Yes, I think so. Did it clear my sinuses? Check. Would I get it again? You bet.

The main reason for attending Mickey’s Halloween Party was to show off my Mother-In-Laws kick ass costume making skills. Seriously, this woman is talented. With Aubrey’s latest obsession being the Guardians of The Galaxy, we opted for Rocket, Mantis, and Star Lord for our looks. I ordered my costume on eBay (all leather in 90 degree heat, did I mention how smart I am?), Bobby ordered his jacket from eBay & his shirt from Hot Topic, and my MIL made Aubrey’s entire rocket costume. All of it. She also put together Bobby’s Star Lord pants & boot covers. We got stopped so much at the parks for compliments & a DCA photographer literally ran over to us as we approached Guardians of the Galaxy – Monsters after dark.

As we were walking to the parks from out hotel, Aubrey didn’t see many costumes. She looked over and said “Man, I feel silly. no one else is dressed up”. Just then, a woman dressed up as Rey from Star Wars overheard her and said “Hey, aren’t you Rocket? What a cool costume! I bet everyone will love it”. BLESS YOU KIND STRANGER. Aubrey’s entire attitude flipped. It did cartwheels & somersaults after her first compliment heading through the DCA gates. She was a ball of smiles before long. To be honest, we all were. 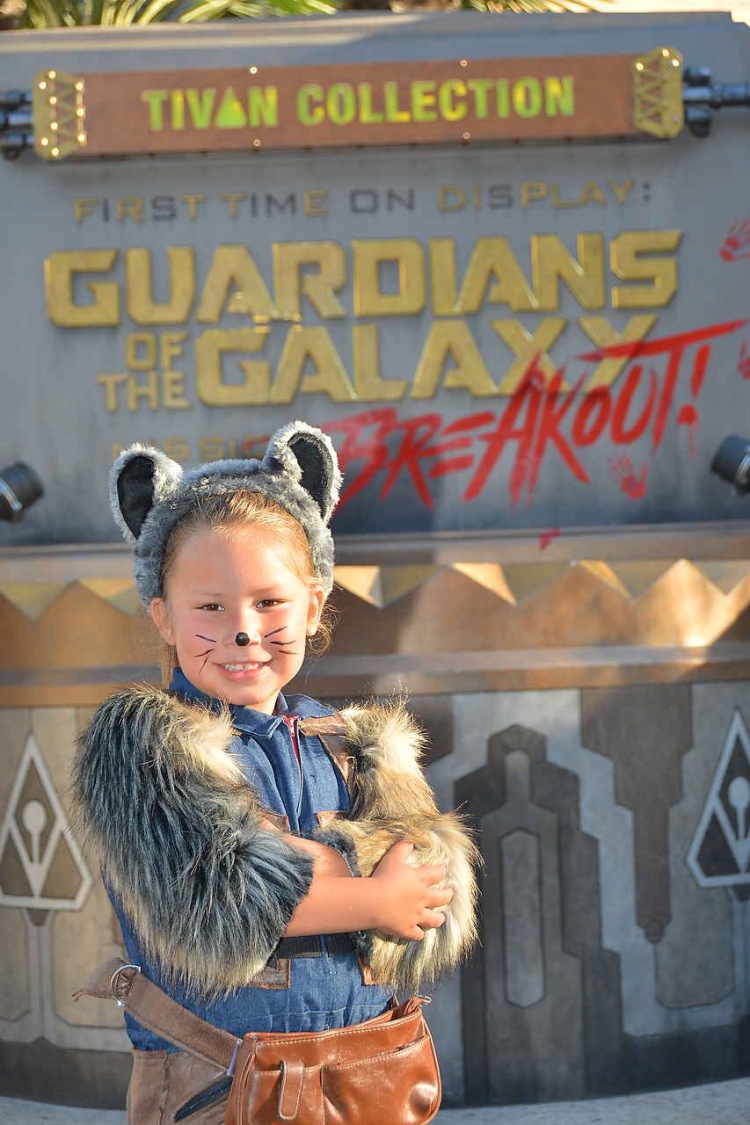 Below were some of my favorite details from Cars Land. I feel like they really covered all their bases & added some cool pieces, like the gas can pumpkin patch & themed movie posters. 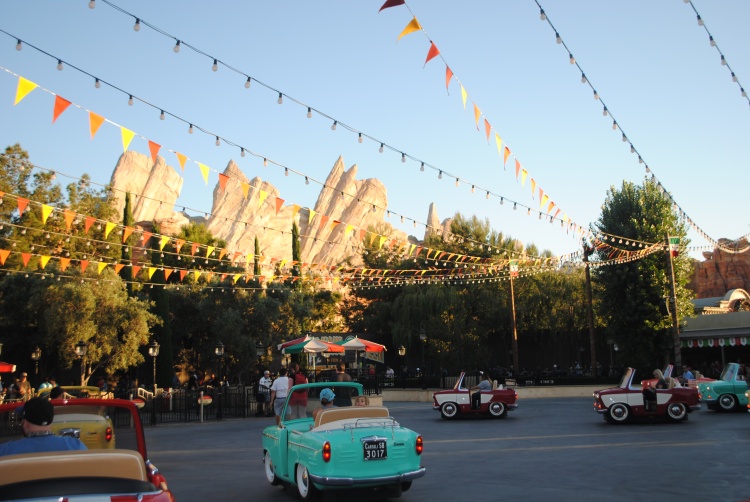 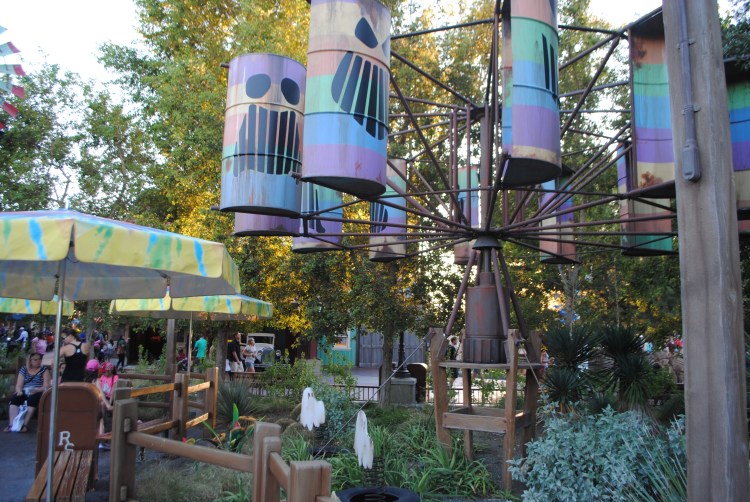 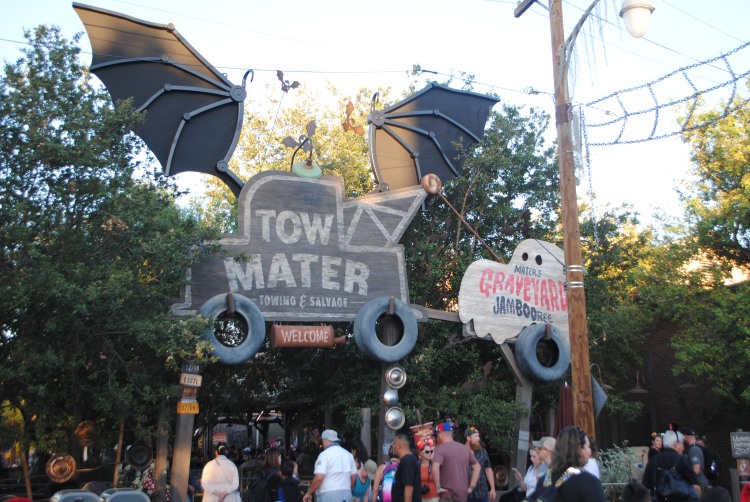 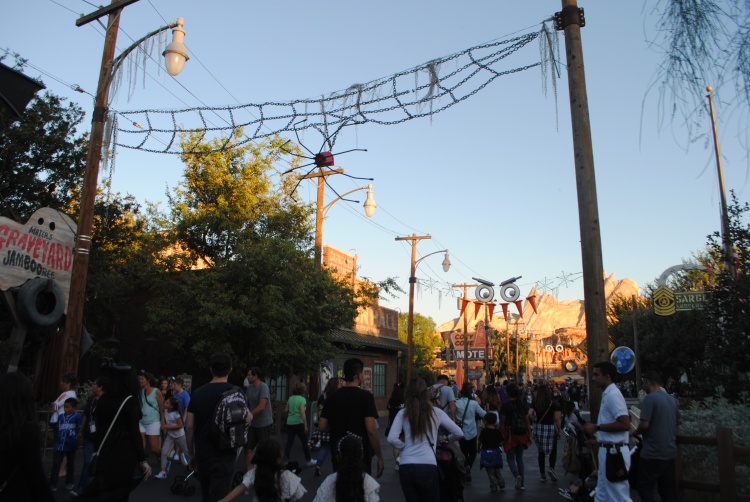 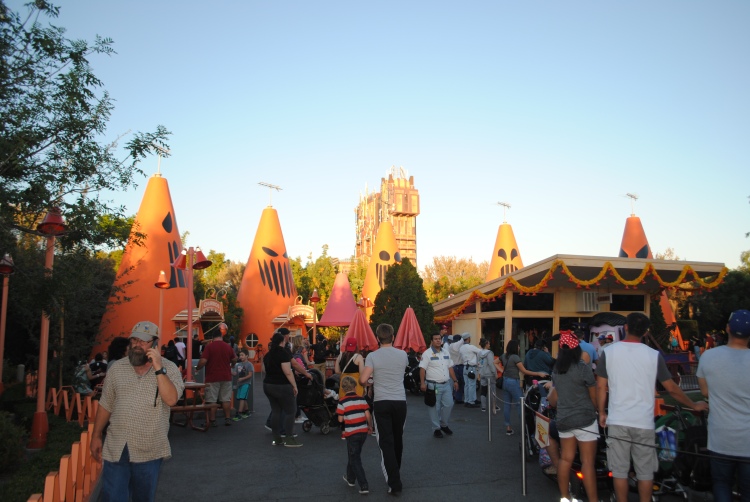 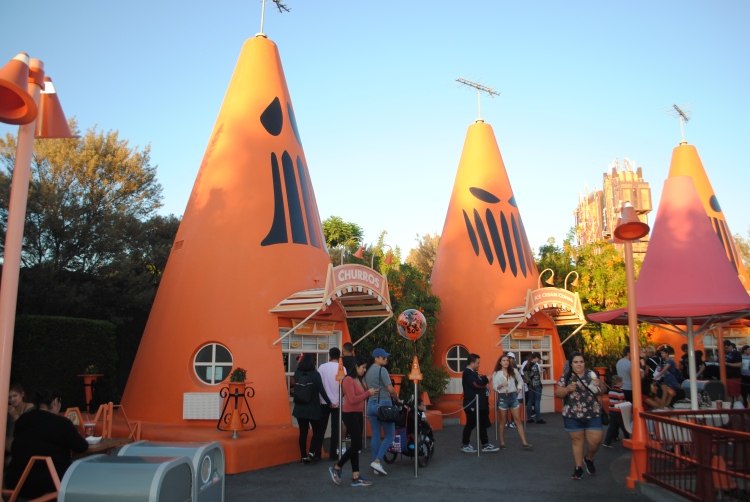 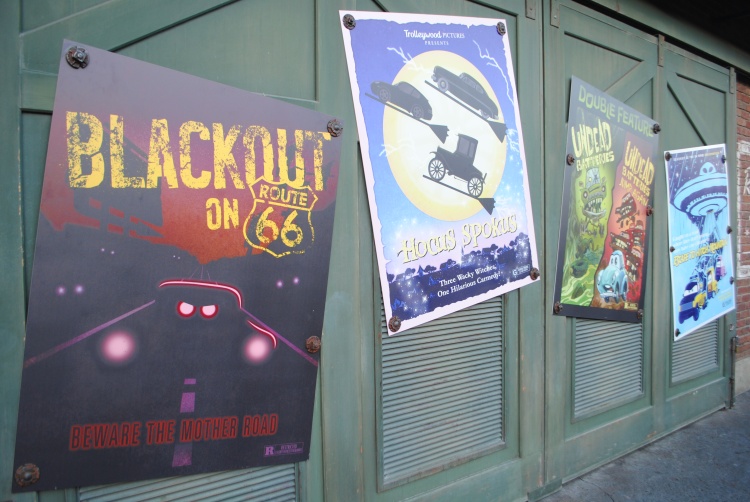 Overall, we really enjoying the Halloween additions to California Adventure. It was fun to split our time between two parks for the Halloween party & to see all the new overlays. The headless horseman statute below lit up at night, & every few minutes the horse would neigh & steam would come out of his nostrils. Looking forward to next year! 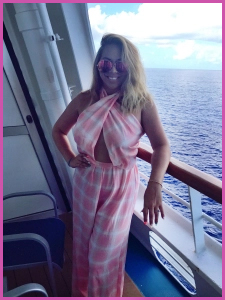